Home from home was the brief for this new build elderly and Dementia friendly care home.  Our client owns a number of care homes in the Suffolk and Essex and had purchased this care home in Ipswich with plans to refurbish and extend it.  Good lighting is so important in design, especially within healthcare so we brought on board Neil Tomkinson to work with us in providing a lighting scheme.  Not afraid to use colour, the home is designed over three floors, each with a different palette.  The communal spaces include two dining rooms, two lounges, hair salon, cinema, sun room, café and library.  The Library is probably our favourite space and styling it was most definitely a labour of love, scouring charity shops for treasures and combining these with new accessories.  David Smith designed the bespoke reception desk  as well as the café counter which were both supplied and fitted by Edison & Day. Our client, Sohal Healthcare, are very much about their homes being part of the local community.  Shortly after the grand opening in December 2017, The Willows opened its doors to local residents on Christmas Day for lunch.  Wonderful! 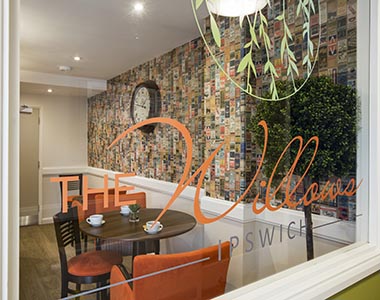 ‘We are extremely happy with the quality and standard of the work that the Homesmiths team has done at our new build care home, The Willows in Ipswich. From the initial design meeting, where we went through our requirements and ideas through to the grand opening nearly a year later, everything has been done to the highest standard. Jacqui and David themselves, have been a joy to work with, understanding what we were after perfectly. Their ideas and general styling has been fab and the home looks phenomenal. The comments we received from everyone at the opening were superb and mostly around the design, colour and furniture, which were mainly down to Homesmiths.

It has been an absolute pleasure to work with Jacqui, David and the entire Homesmiths team, and we hope to work with them on many more projects in the future. We would definitely recommend Homesmiths to any one looking for a fantastic interior design company.’ 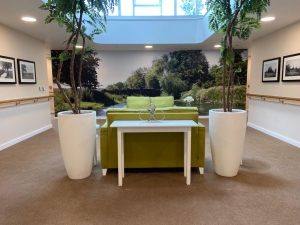 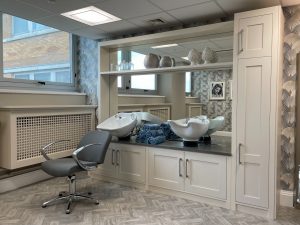 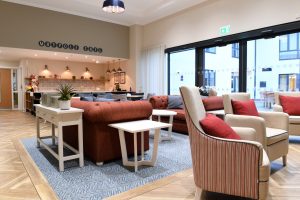 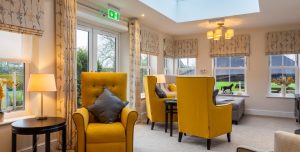